The Department of Sports Medicine bestows four awards each year.

The Croce Scholarship is given to an outstanding first-year student. The award is approximately $1000 and is based upon the financial performance of the $50,000 Endowment Fund created by Pat Croce.

The Taylor Scholarship is given to an outstanding sophomore (with preference to those with financial need or minority students). The award is approximately $750 and was created to honor Brad Taylor, long-time professor in WCU Athletic Training Program.

The Phillip B. Donley Outstanding Senior Athletic Training Student award is approximately $2,000 and is based upon the Endowment Fund created in Mr. Donley's honor. 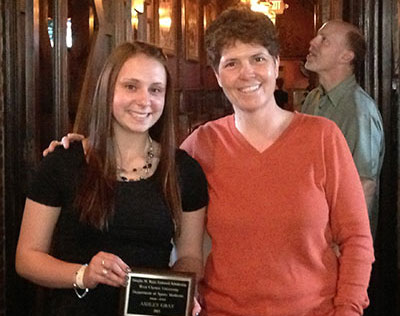 2013 - Emily Henderson
Most scholarships are handled by the West Chester University Financial Aid Office. Please contact that office with questions about other scholarships and award opportunities. Previous Donley Winners: 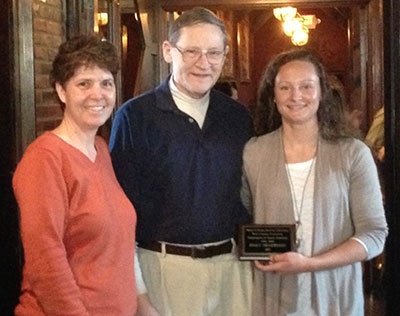 Congratulations to the following scholarship winners!

Tonya Doyle, whom was a senior this past school year at Central Dauphin High School and acting as a student athletic trainer aide since her junior year, was the recipient of the National Athletic Trainers' Association Jack Cramer Scholarship. She was presented with a plaque and $2,000 scholarship in June at the Pennsylvania Athletic Trainers' Society Annual Symposium.

"I'm ecstatic to say that this scholarship is only given to one individual in the nation and Tonya was chosen as this years recipient...quite a feat! I wanted to share the e-letter below that Cramer Sports Medicine wrote on Tonya this month." Craig Kemmlein, MS, ATC, Athletic Trainer, Central Dauphin High School
Cramer article.